As a world symbol, today branches of olive tree crown the emblem of the United Nations. . 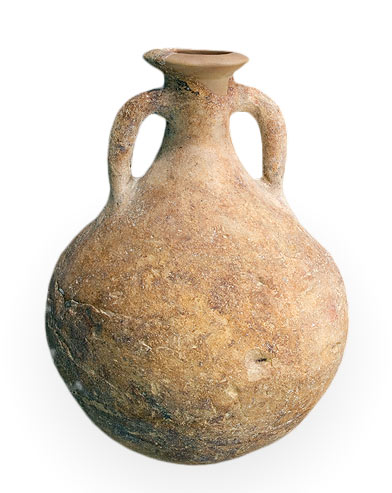 There is a set of mentions of olive tree in ancient Egypt. Its fruits and its branches are represented in statues, drawings and hieroglyphs.

The grave of Tutankhamun was adorned by crowns and the jewelry was made out of branches of the olive tree.

On many of the monuments of Ancient Greece it is possible to see a branch of the olive tree in the hand of ancient gods. Athena made an olive tree sprout with a stroke of a spear “the tree, which fruits would be not only suitable as food, but of them unusual liquid could be got, which would serve as food for the men, rich with taste and energy, would be received to ease their wounds and give them strength, capable of lighting up the nights. It is the symbol of the world, victory and life, a fertility tree”. The olive tree was devoted to Minerva.

The wild olive tree which was planted at the entrance to the temples was devoted to Apollo, and on its branches were hanging gifts to god. The wooden hammer of Hercules, by the way, was also made of olive tree, as well as the scepters of kings, statues of gods and battle instruments of the heroes.

In Rome the olive tree was considered the victory and purity symbol. Men were bringing garlands or the crowns made of olive tree. 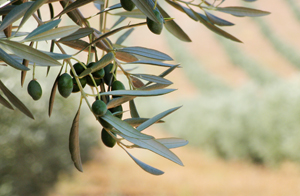 In the sources of Christianity the world was presented on the gravestones in the form of a pigeon holding in his beak a branch of an olive tree as an image of Noah’s Ark who returned with a branch of an olive tree, declaring that the water had run. In the Bible there is a set of mentions of oil and olive tree. It was the sign of the victorious fighters and the award of the winners in Olympic Games. On the medals of the emperors the branches of olive tree symbolized the piece which was offered by them to the territories subordinated to their state.

The Koran refers to olive tree and its oil in the following way: “God is the light of heaven and the earth. Its light is like the light of an oil lamp in a niche … is switched on thanks to the blessed tree of olive, to the tree which is neither eastern, nor western; the oil shines without touching the fire: it is the light of light”